The last couple of mornings I have wakened early with the Wolfe Island Ferry’s horn blowing off-shore in the fog. The combination of humid days and cool nights have produced morning fog which is both eerie and wonderful. I lie in bed imagining the ferry slowly making its way toward shore, both edging through the mist and warning others of its presence.

Last weekend, I had the opportunity to be up early to go to the country to join the crew of the movie FAULT which is shooting now in the Kingston region. In order not to disrupt a scene in progress or have my car in the way, I parked about half a kilometer down the road in the Oddfellows Hall parking lot and walked along the country road to the farmhouse where the movie was being shot that day.

There was a dense fog. I could not see far along the road. Apart from the distinctive call of chickadees in the brush by the road it was absolutely silent. I stopped for a few minutes to enjoy this isolation, feeling totally cut off from everything and everyone else. Despite being a very gregarious soul, I found this almost a spiritual experience.

I turned around and behind me was a graveyard, also blanketed in fog. In a world of 6 billion people, I was there alone, maybe with some ghosts from the past wafting about me in the fog.

I could see the yellow line in the road but nothing else ahead. What lay out there in the fog? Where would my path lead that day? What surprises, yet to be revealed, will the day hold? What interactions, experiences or even dangers lie beyond what I can see?

Within half an hour the fog had lifted and the sun was shining brightly. I was back in a world of colour and noise and people and I liked that too, but the few moments in the fog on the road were remarkably peaceful and uplifting.

This few minutes in the fog reminded me that each day’s wakening brings the same anticipation of hidden events yet to unfold. And even when the sun shines brightly, we do not really know what lies only moments ahead. Like navigating in the fog, there is something both un-nerving and exciting about that prospect. 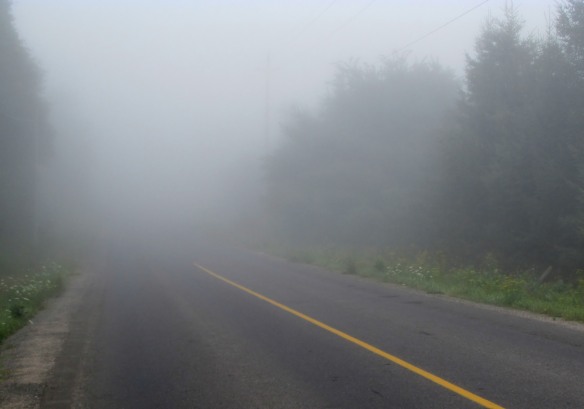 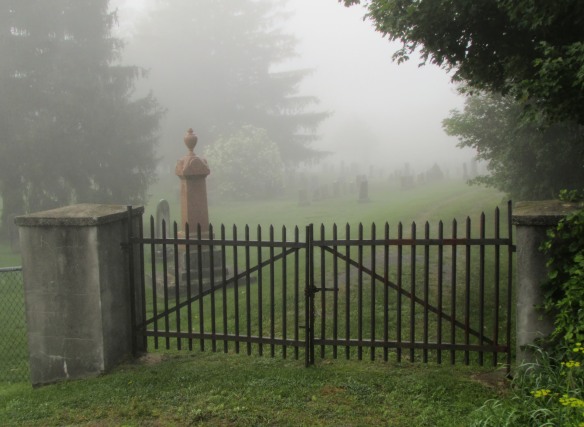