Part of the fun in traveling in a different culture/country is to be observant as you drive from one place to another.

For a few days I was lodged in Kisumu Kenya and traveled back and forth to Ramula district (Kisumu to Luanda to Ramula) where we visited both the St Catherine School and the Ramula Secondary school.  I also stayed a couple of nights at Dan’s grandmother’s homestead. I have mentioned before that the Secondary school is exactly on the Equator so I was bouncing over the Equator several times a day.  I can tell you from experience that the Southern Hemisphere feels the same as the Northern one!  Here are some photos I took from the car as we traveled.

We met this large contingent of motorcycles followed by a large lorry full of people all on their way to the mortuary to pick up a corpse of a boda boda drive who died two weeks earlier in a road accident. They brought the body back to the community and stopped with him at various significant spots to exorcise demons and give him a proper send off. 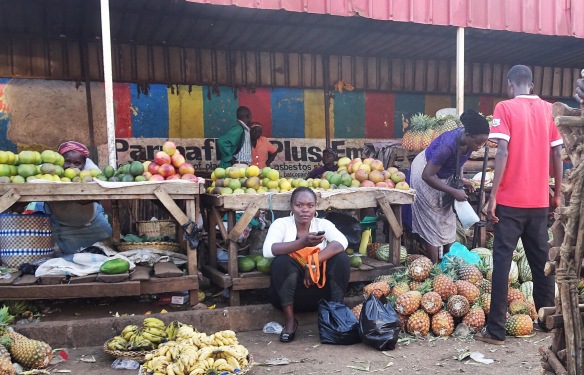 Mondays and Thursdays are busy market days in Luanda. We could pick up a fresh pineapple for about a dollar. And there is no comparison between the juicy, sweet taste of a fresh pineapple here and the cardboard versions we get at home. 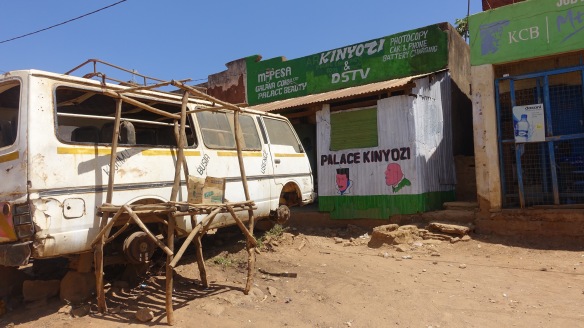 Kinyozi means barber. This barber shop offers a variety of additional services including battery charging, digital satellite TV programming, photocopying. I suspect those services are only available when the electricity is working, however. Adrian, you can get your hair cut here when you come to volunteer in the community. 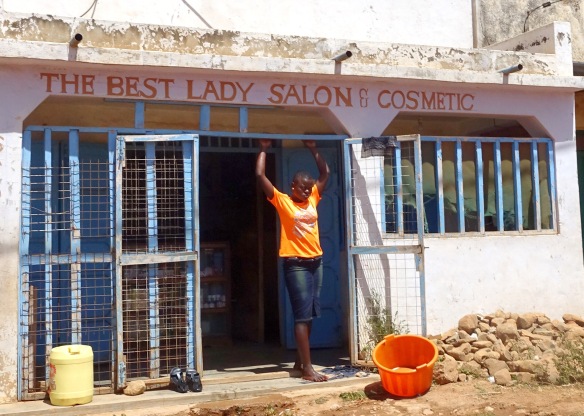 And for the ladies, a beauty salon in Ramula trading centre. 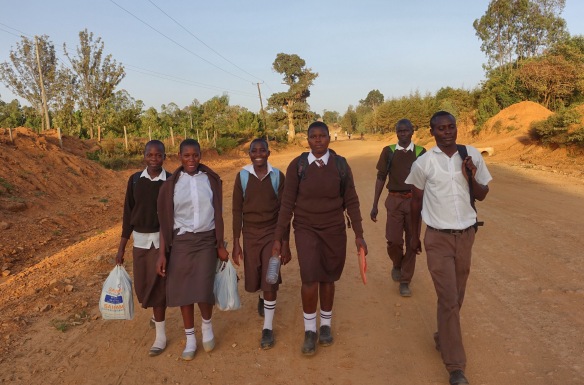 These are students from the Ramula Secondary school walking home from school at about 6:30 pm. They attend school from 6 am to 6 pm and walk about an hour to and from the school. And have some homework and household chores to do when they get home. Canadian students take note…you have it easy compared to some. 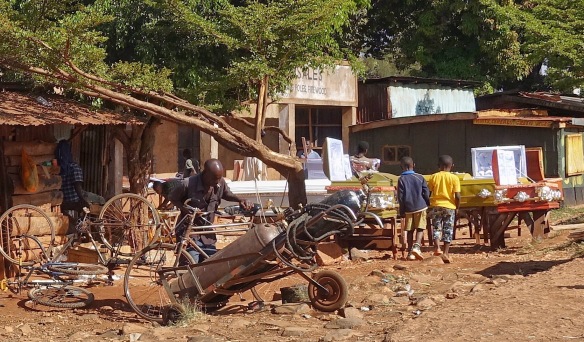 “Ready-made coffins are for sale along the side of the road in Luanda. Shop for a coffin while getting hour bike repaired. 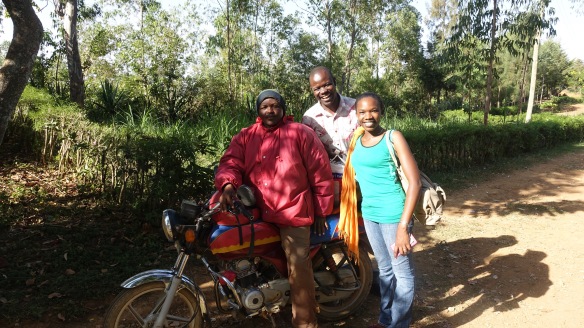 Mercy traveled to be with us on a boda boda (motorcycle taxi) driven by a guy named Saddam Hussein. He was wearing three winter weight jackets despite the predicted temperature of 33 degrees that day. You can also see him in the top photo, middle of the three lead motorcycles on the way to pick up the corpse. People are often named after celebrities here. In the house behind grandmother’s there are two little kids named Sarah Palin and Brad Pitt. 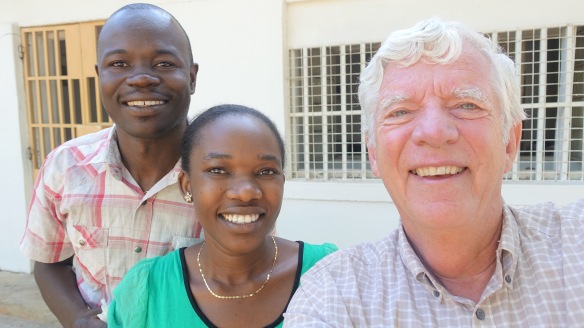 This is my African family, or one of them. Dan does a lot of CanAssist work for me and when he goes to the bank he is called “Geddes”. He has taken on many of my approaches to solving problems and refers to himself as the black Geddes. Mercy, his wife of a few months, took time off work as a Clinical Officer to spend with her “father-in-law”. What a treat it is to have them in my life.

The community. You can see from Google Maps that where it says Ramula is 0 degrees, 0 minutes and 14 seconds north of the Equator.

1 thought on “Along the road”