There is the same range of land to be seen when it is clear southwest from us. There are a great number of houses along the seacoast occupied by fishermen, I believe, but there also appears to be some land improved.  This is now part of Lower Canada.

We are not advancing much.  There is land on every side of us today. Sometimes we are not very far from the shore.  I saw a whale again this morning sporting about the ship.   We have been all engaged in helping the sailors today by pulling ropes etc when turning the ship about. 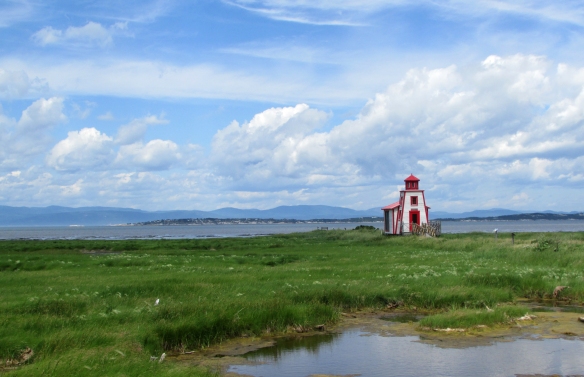 A change of weather again, rain falling heavily around us.  There were two vessels ahead of us and one turned out to be our late companion the Rose from Plymouth.  She had a great number of passengers, 330 in all, who were all taking a look over the ship’s side. Some of them looked to be rum looking characters.  We are all very thankful that we were not among such a mass.  She has now been six weeks at sea when we have only been four. There is to be a doctor on board the ship tomorrow for inspecting us before we land.

I saw a number of large white fishes in the forenoon of the whale type. I believe the name for them is Porpoise.  A large number of them swam along the ship’s side.  Another ship named the India from Kinach Ireland passed us about 6 o’clock with a great number of passengers on her.

Lying at anchor this morning… I never saw so many houses together all spread up and down the river side as far as we can see always before us.  They are white and have good appearance when the sun shines.  I believe thy extend on this way all the way to Quebec.  Not many large houses among them.  About 3 o’clock we passed McPherson’s Island. by 6 we were lying at Quarantine Bay, waiting for the doctor to inspect us. He merely looked at us and went away again!

The scenery is very beautiful today, a great many houses on the north side of their the river with their land all laid off in long narrow steps from the shore.  Between 2 and 3 o’clock a steamer named the “North America” came down the refer and our Captain engaged her to tow us to Montreal.  We expect to be at our journey’s end tomorrow night. We are now at a place called Point Levi, with harbour and some shipping.  In sight of Quebec.

Point Levi, on the south side is  a pretty place and has a large crunch with a beautiful spire and a seminary.  We are not in the harbour but lying out on the river.  We are all getting impatient at so many trifling forms we have to go through.

There appears to be a good deal of traffic here on the river, steamers going between here and Point Levi every hour of the day.  At 8 o’clock a gun or cannon, I am not sure which, is fired off every evening and at 12 o’clock noon.  We hard it fired off tonight from the fort on a high cliff at the river side.

The Captain and a few passengers went ashore this forenoon. At about 2 o’clock about 20 pound of shot was fired off from the fort, the echo one every shot was like thunder, the day was so calm. It reminded me of the siege of Sebastopol.  I heard a rumour that it was because Sebastopol was taken of the truth I can not tell*.

About half past three we lifted anchor and “set sail”,  our steamer towing us on the way… we got a fine view of a Montreal steamer that passed us,  longer than any I ever saw before. This has been the warmest day we have had yet.

The progress up the St Lawrence seems to have been a bit slower since the ship requires wind to propel it and the river is more protected than the open ocean.  Eventually the ship will have to be towed by “steamers”, paddle wheel boats,  that must have been busy as tugs for the several sailing ships of immigrants and goods landing in Canada. 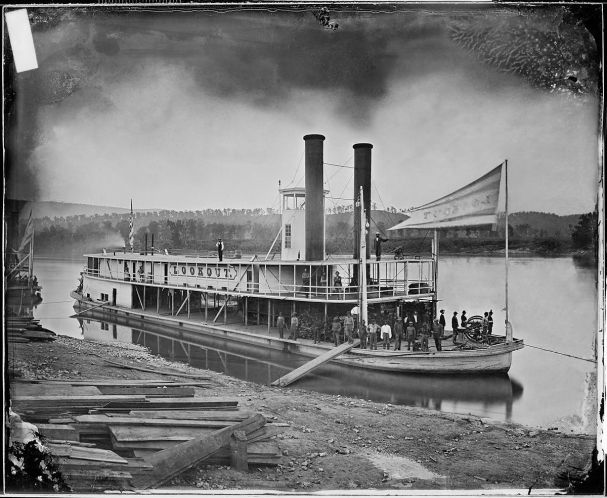 *Sebastopol was under siege throughout 1855 as part of the Crimean War against Russia.  That chapter of the war did not end until late 1855 so Peter was wrong about it being taken.  I wonder how news spread in those days or what the delay would be.  No internet or news channels and as we have seen it takes a few weeks to get across the Atlantic by ship to bring mail or journals.  The image below is of the battle of Sebastopol in 1855. 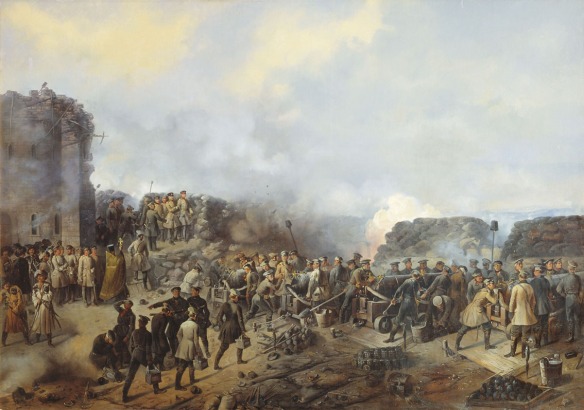