My exploration into the diary of my great grandfather, Peter Porterfield, got me looking further back into my family ancestry.  Using a combination of links that I found on Ancestry.ca,  some hints from newly discovered 4th to 8th cousins using the Ancestry DNA analysis and a book that my Dad had left me called The Crinklaw Families in the United States and Canada, compiled in 1972 by a fellow named George Mason Fraser,  I was able to learn more about that side of the family.

Peter Porterfield, whose diary of his journey to Canada in 1855,  I shared last month, married Mary Stevenson on January 25, 1863 in a little hamlet called Belgrave Ontario. Belgrave is where my father was born. Periodically we would drive through this little town and he would point out the house where he was born.  My parents and Geddes grandparents are buried in the Brandon Cemetery just north of town and about half a mile from where Dad was born.

My Grandfather,  Ernest, was a blacksmith in Belgrave for some time and four of the Lanark County Geddes boys moved to that district in the  early 1850’s.  But I digress. 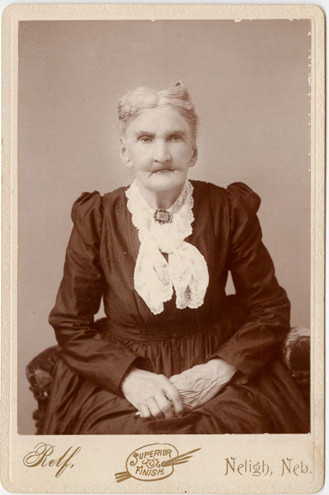 Mary Stevenson’s mother was Elizabeth Betsy Crinklaw.   I have long had a photo of this woman when she was quite elderly,  taken in Neligh, Nebraska.   In fact, I blew this photo up to poster size and gave it to my son-in-law when he married my daughter so he could brace himself for old age with one of Betsy’s great great great grandchildren.  For some time Kate and Dave had that poster hung in their kitchen.

Betsy was born a Crinklaw in Minto Scotland in 1807 to James Crinklaw and Elizabeth Watson.  James had two wives and scads of children by the time he was done and his issue now includes thousands of descendants.

Rumor had it that the family lived across the river Tweed from Sir Walter Scott and that James Crinklaw and Sir Walter were “friends” on some level.  Sir Walter Scott was the early 17th century equivalent of J. K. Rowling,  turning out books of poems and novels ( e.g. Ivanhoe, Rob Roy).  Apparently James Crinklaw was a farmer or gardener and Sir Walter loved the garden in his Abbotsford castle, across the river from where James and Elizabeth lived.   Scott died in 1832 and James moved the family to Canada in 1833. Conjecture has been that he was jobless when Walter Scott died and this precipitated his move to London Ontario.

But this is probably just a Crinklaw legend.  In 1972 James C Corson, honorary librarian for Abbotsford sent a letter to George Fraser basically bunking the idea that James Crinklaw ever knew Walter Scott because the famed Sir Walter wrote voluminously and journaled and never mentioned a Crinklaw.   Nevertheless, James did live across the river when Walter Scott was at Abbotsford and in those days the region was not heavily populated so there must have been some neighbourly acknowledgement or recognition. 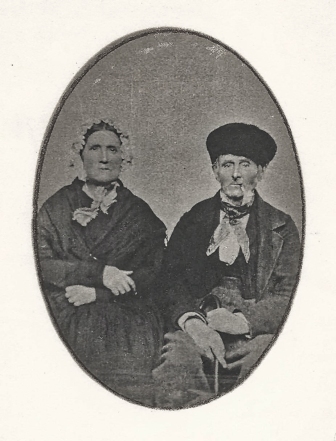 A visit to Abbotsford castle will have to be on my bucket list since it has been restored to its original grandeur and even if James Crinklaw was not sipping scotch with Sir Walter, he was, at least living in the neighbourhood when this castle was at it’s peak and Sir Walter was cranking out books by the dozens

James Crinklaw (my 3rd great grandfather) died in 1864 at the age of 87 and is buried along with his two wives in Pond Mills Cemetery in London, Ontario. ( at the eastern end of Southdale Road near Highbury Ave).   I grew up just a few kilometres from there about 100 years later, not knowing anything about this ancestry.

Next up- James Stevenson,  Betsy Crinklaw’s husband and my Great Great Grandfather.

6 thoughts on “Finding my past relatives – 1. The Crinklaw’s”