Tonight I came across a box of about 150 old 45 RPM records that I had not listened to for a very long time.  I ended out picking out several that were songs I listened to in my early teen years – pre-Beatles – from the summers of 1960 to 1962.

They reminded me of warm summer nights at our cottage at Bluewater Beach on the outskirts of Goderich, Ontario.   My friends and I would gather in the evening on a piece of dirt behind the Nothof family cottage and set a record player in the window so we could hear. We would dance to the same few records over and over. And over.

There was a restaurant on the highway that had a Juke Box and every month some guy would come and change the records.  We would find out when he was coming and ride our bikes out to the restaurant and he would sell us the records he was replacing for a quarter.  Treasures.

Tonight when I listened to Elvis singing I Can’t Help Falling in Love with You I could close my eyes and sway and sing the words and re-live dancing huddled over Ruth Ann Nothof.   Where is she now?

The music brought back such vivid memories. Almost sixty years ago and the recollection is as clear as a bell.  I still know all the words and even know where each little scratch is on the record.  Several of the records have little pieces of adhesive tape with my name written on them.  My writing has not changed that much in all those years.

What a treat (on the eve of my 71st birthday) to spend an hour or two with this music.  And to remember these moments from my youth.  Could be yesterday.

Here are just a few of the songs I listened to.  Do you remember any of these?

Check them out below.

I spent a day this week with my 7 year old granddaughter and out of the blue she asked me what a savage was.   I was a bit taken aback.  I had not heard that word used for some time.

It turns out that she had seen the word “Salvage” written on a truck but obviously had been exposed to the word “savage” somewhere else and though it was the same thing.

I realized that this was a word that I would have heard quite a bit when I was younger but it is not used any more (as a noun**) or if it is, it has to be used cautiously and with some tact.

I tried to explain that it used to refer to people who were uneducated or uncultured or had some wild tendencies, who lived in societies where there was not the same education or sophistication as one that we are used to. (Try putting that into words for a 7 year old).  I also added that I don’t think anyone these days is seen as being that way because even if people live remotely or away from what we call civilization they are not necessarily “savage” in that they have their own cultures and habits which might be different from ours but not inferior.

“So are they called homeless people now?” she asked.

This was getting complicated. And over the week I have been thinking about this word.

This morning I walked past the statue in City Park of Sir John A MacDonald,  Canada’s first Prime Minister  and wondered if there would be a move to have it taken out of the park, given his involvement with the establishment of Residential Schools in Canada.   I reflected on how times and attitudes have changed (for most) and how back in those days, our Canadian Aboriginal population would have been though of as “savages”. Uneducated. Not British.  No sophistication. Our settler ancestors actually saw this as an opportunity to educate them and make them less “savage”.  Totally wrong but coming from a place that we can not fathom today.

A portion of Kent Monkman’s painting “The Scream”.  Canadian indigenous children being wrenched from their families to be taken to a residential school. A horrendous page of Canadian history that we must acknowledge.

“When the school is on the reserve the child lives with its parents, who are savages, and though he may learn to read and write, his habits and training mode of thought are Indian. He is simply a savage who can read and write.”   Canada’s Prime Minister, John A MacDonald  May 1883

I remember having a midnight conversation a few years back with my close Maasai friend, Stephen.  He had just described to me several Maasai customs that were quite different from ours but that all had definite  significance and meaning and reason behind them to preserve longstanding customs that gave order to their society and even preserved it.  I recall him saying that white people may have thought of African cultures as being “savage” – the Dark Continent – but these cultures do have laws and rules and customs that have developed over the years to keep them functioning.  Those customs may be different from ours.  Not worse or primitive.  Just different.  The same comment might apply to our Canadian indigenous people.

Maasai men drawing blood from a cow to drink (mixed with milk) at a celebration.  Not something we would do.  It didn’t hurt the cow at all (like you getting your blood taken) and makes perfect sense since they have no refrigeration, and so only slaughter their cattle occasionally when the meat can all be cooked and eaten in one day. This gives them some iron and protein without sacrificing the cow and if they rotate through the herd, the cow does not miss the blood at all.   Probably over time, the warriors who drank the blood were healthier so the custom persists in some rural Maasai communities.

Western literature sometimes portrayed  the image of the “Noble Savage” –uncorrupted by civilization and pure but unsophisticated and uneducated.  Both North American aboriginal people and native Africans were seen as a bit of a novelty by some. Charles Dickens, however, was in disagreement with this image and wrote this in his journal in 1853.

“TO come to the point at once, I beg to say that I have not the least belief in the Noble Savage. I consider him a prodigious nuisance, and an enormous superstition. His calling rum fire-water, and me a pale face, wholly fail to reconcile me to him. I don’t care what he calls me. I call him a savage, and I call a savage a something highly desirable to be civilised off the face of the earth. I think a mere gent (which I take to be the lowest form of civilisation) better than a howling, whistling, clucking, stamping, jumping, tearing savage. It is all one to me, whether he sticks a fish-bone through his visage, or bits of trees through the lobes of his ears, or bird’s feathers in his head; whether he flattens his hair between two boards, or spreads his nose over the breadth of his face, or drags his lower lip down by great weights, or blackens his teeth, or knocks them out, or paints one cheek red and the other blue, or tattoos himself, or oils himself, or rubs his body with fat, or crimps it with knives. Yielding to whichsoever of these agreeable eccentricities, he is a savage — cruel, false, thievish, murderous; addicted more or less to grease, entrails, and beastly customs; a wild animal with the questionable gift of boasting; a conceited, tiresome, bloodthirsty, monotonous humbug.”  Charles Dickens – June 1853.

To write something like this today would be considered racist and inflammatory.

Times change.  We don’t use the word “savage”** much any more (as a noun to describe people) and if we do, we have to be pretty careful about it.  There are lots of other “ethnic” terms that seemed quite common when I was a kid that are deemed totally racist and inappropriate today.    Most of us ( in my circle at any rate)  are respectful of other cultures and aware that although we are different in our beliefs and customs and language and skin colour and history, we are neither inferior or superior to one another.  And that is a very good thing.

*When my first granddaughter was born I was working in Bosnia and Herzegovina, didn’t relish being called grandpa so took the Bosnian name for grandfather,  Dedo.   Now I am Dedo to five grandkids and this is what the whole family call me – and other kids too.

** Savage can be a noun, an adjective or a verb.  As an adjective it can be used to mean uncultured, boorish, or wild. ( a savage beast)  As a verb it can mean to attack brutally.   (The tornado savaged the neighbourhood).  As a noun it generally refers to a primitive, uncivilized person. 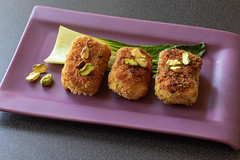 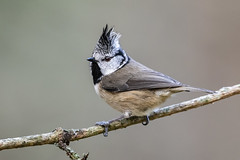 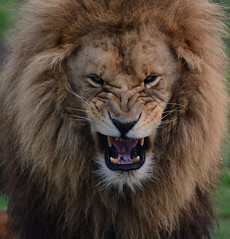 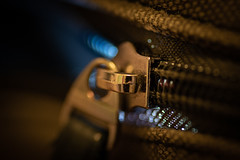