Coming of age movies seem to be popular. Two of this year’s nominees for Best Picture are Ladybird and Call Me By Your Name, both about teens discovering themselves and their relationships, including with their parents. Last year my favourite Canadian film was Weirdos. In all of these films, my aging self is having more trouble identifying with the teens but I tend to do relate to the parents.

Adventures in Public School is also a film in the coming of age genre but with a quirky comedic twist. Liam is a teenager who has been home schooled by his mother (played by Judy Greer – “Say goodbye to these” – Arrested Development) who has educated him but smothered him and protected him from any outside influence, including other kids. He goes to the local secondary school to write his final exams so he can go to Cambridge to become an Astronomer” like Stephen Hawking”  but sees a one-legged young woman at the school who catches his eye, He bombs the test on purpose so he can go to the school to get to know her. Of course, this does not sit well with the mom who then takes it on herself to instruct Liam (who ends up taking the class place of a girl named Maria Sanchez and then having to take all her classes using her name) in what she figures is the usual coming of age stuff like drinking alcohol, sex and smoking marijuana.

The movie is pretty silly but not to the point of being annoying. I found myself laughing a lot and there were quirky little moments that were both humorous and endearing. Not an award-winning film but entertaining and “cute”.

Today, I really enjoyed Cardinals. It was a slow burn, somewhat understated film that dealt with a woman released from jail ten years after killing someone in a car accident and being charged with impaired driving.  I thought it was impeccably written and unfolded slowly but with purpose.  Never tedious but always crawling ahead. The writer and directors (Grayson Moore, Aiden Shipley) are two young men whose work shows maturity beyond their years.  I can’t say too much about the plot because you have to experience it as it unfolds. I was trying to find some way of describing how the movie feels – like peeling an onion, watching a slow striptease or lava bubbling up from a volcano. None of those analogies did it justice. I realized that it felt very much like reading a good book. Something happens to advance the plot then there are a couple of pages of descriptive to flesh it out and then you turn the page and there is something else revealed. A jigsaw where you suddenly find a piece that clarifies a section.  I really liked the mood and the performances. The cast includes many talented Canadian actors and an added bonus for me was that one of the lead actors is Grace Glowicki, who I know from hanging out with her on a movie set , Nightrunners, shot in Kenya, three years back.

Grayson Moore and Aiden Shipley at a Q&A after the KCFF screening of Cardinals.

Here is a scene from the movie to whet your appetite. Watch for it. I suspect it will eventually appear on Netflix. Also keep and eye on Grayson Moore and Aiden Shipley. They are talented young Canadian film-makers. 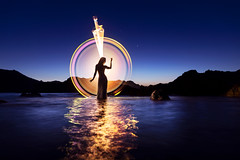 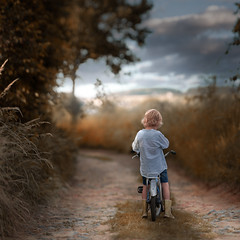