This is a slight variation on an article that I wrote that was published in the Kingston Whig Standard, on Monday October 22, 2012.

In Eastern Ontario it has been a dry hot summer. Ideal for vacations, swimming at the cottage and just living outdoors. But not ideal for farmers.

We tend to take water and even adequate rainfall for granted here in Canada. But this year farmers in Ontario were suffering. Apparently corn crops are miserable. Many farmers who raise livestock are having trouble finding feed for them. Grazing fields have been dry and wheat crops have failed. The Ontario Federation of Agriculture, combined with the Mennonite Disaster Service have initiated a program whereby Western Canadian Wheat farmers can donate bales of hay for feed to ship by train or truck to their Ontario peers.

The first shipment of 200 bales arrived this week. They estimate that the need is more like fifty thousand bales.

I wonder if we are getting the idea that the climate is changing and that it will affect us. We have been relatively insulated from the shift in weather patterns. Air conditioning when it is hot. Ample supply of fresh water in lakes and rivers. Government subsidies. Social assistance.

In Africa the situation is more challenging.

Just for a moment, put yourself in the shoes of a Maasai herdsman in Kenya.

First of all, the shoes would likely be made from old auto tires. Or maybe you would have no shoes at all.

Your herd of cattle, even at their best being scrawny compared to what you see in Canada, are grazing in the open on land that is barren and dry. It has not rained in several months. You have to walk miles with your cattle to the local watering hole, a source shared by the livestock and humans alike for drinking, cleaning and bathing.

On the way to the water source one of your animals becomes weak and collapses. You have no choice but to leave her there. Hyenas and vultures will take care of the rest.

Traditionally you have always relied on your animals as your source of wealth and many years ago you moved with your extended family from region to region, building a new village as you relocated and following the rain and grass for your animals.

Early in the 1900’s the British colonialists arrived saw your land as being not “owned” by anyone. Ignoring your traditions, they quickly set to work according to their laws and customs to purchase land for themselves and erect fences. You and your animals became gradually squeezed to less favourable locales. The city of Nairobi now sits on land that your grandfather used for grazing his cattle.

Rain is essential to your survival. In the past few years there have been increasingly longer periods of drought, often lasting for months and months. Your animals stop producing milk. Many of them die. Your “wealth” is drastically reduced along with your supply of food.

You have nowhere to turn for social support. Food prices in general escalate, in part because of lack of local foodstuffs but also because of the increasing cost of fuel to transport food from further away.

What can you do? Where can you turn? You might give up your traditional means of livelihood and move to the city. But you are not educated, have never used a computer and when you get there would be forced to cram into slum living conditions with others who are flocking to the city looking for work.

So you pray for rain. Your children go hungry. You scrounge for any bit of food for you and your animals. You rely on handouts from International Food Aid programs or your neighbours. You hope.

Eventually rain comes. Within days there is a tinge of green on the landscape. You rejoice that you have survived this crisis, emerging more poor even than you were before, but ready to start over.

Every few years, this kind of drought event has occurred in East Africa for a long time. Now, the problem is that this pattern is happening with increasing frequency.

People in tropical climates have recognized these changing patterns for a while now. They are powerless to change them. The CO2 emissions that are leading to these climate variations are coming, almost entirely, from the more opulent nations in temperate climates – regions that have been somewhat protected from the resulting changes. We may be happy to shovel less in the winter, spend more time on the beach in the summer but eventually the penny will drop.

This year in Ontario we have had a significant drought. It has been a crisis for farmers and food producers here. Will it become more common as time goes on and the climate changes? How can we prepare for this?

And I wonder what will happen to the Maasai pastoralists.

Here are some weather observations that reinforce the notion that patterns are changing. 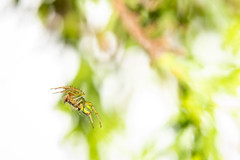 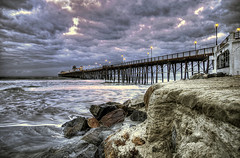 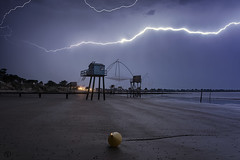 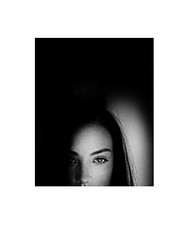 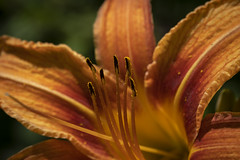 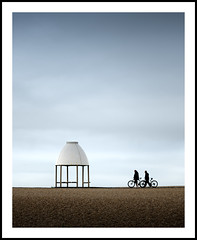