This is an article that I wrote which was published in the Kingston Whig Standard on Saturday June 22, 2013.

The pupils in Mrs. Pare’s class at Glenburnie Public School are ending the year on a high note and children in a rural Kenyan school are also celebrating, thanks to the generosity of their Canadian peers.

In May, I visited the Glenburnie School class to talk about Africa.  They had been reading a book called Alexandria in Africa by Eric Walters. In the book, Alexandria, a young teen from a privileged background ends up in Kenya and sees the challenges of people who live with much less. The Canadian students became both curious about the way people live in Kenya and also motivated to do something to help children living in communities that are not as fortunate as we are.

I showed the Glenburnie kids pictures of my many Maasai friends, told them how traditional Maasai people live, showed them Maasai beadwork and ornaments and photos of my goat, Veronica, whose family is ever growing in fields near the Rift Valley.

We also talked about schools in other regions of  Kenya and, in particular, about the S.P. Geddes Early Childhood Development school in a little fishing village on the shore of Lake Victoria.

Through donations to CanAssist from my 93 year-old Dad and some of his friends and family, we have been able to fence a schoolyard, put in latrines and build a couple of new classrooms at this rural lakeside village.  In appreciation, the community named the school after my father and when I visited them last February they even plunked a six-month old boy in my lap and said “Meet little Stewart Geddes.” You can imagine how wide my smile was and how excited I was to share this news of this Kenyan namesake with my father when I got home.

Although the village school has two classroom buildings, the older one needs repair and they have absolutely no furnishings.  The children learn sitting on mats on the floor – a dirt floor in the older building. CanAssist hopes to remedy that soon.

When the Glenburnie students heard about this they decided that they would like to help out.  They started a “Dimes 4 Desks” campaign at the school, set up a table at the school Fun Fair, took tin cans and jars around to other classes to collect dimes and told their neighbours about their project to help African children.  One of the students made a video/powerpoint presentation (which can be seen on the CanAssist website).

Last week I went back to the school and they made me guess how much they had raised.  I was astounded when the figure reached $1100.  I wondered, “If 24 grade four students could come up with $1100 in a month collecting dimes, how much could the same number of adults raise collecting toonies?” Does anybody out there want to try?

I relayed the good news that the Kenyan school will soon be able to purchase desks and chairs  and soon received a photo of the kids at the school preparing a thank-you sign for their friends in Glenburnie.  I can only imagine the excitement of the children in her class when Mrs. Pare shows them this personal thank you from Africa.

The children at Glenburnie School told me that they had learned a lot about Africa in the last month. And I learned too.  These kids proved that with teamwork and enthusiasm goals can be met.  They proved that small financial contributions can mount to accomplish something significant if everyone contributes a bit and shares the load.  The smiles on their faces and their delight at being able to help others has buoyed me up for the ongoing work that CanAssist is doing in East Africa.

As Gavroche in Les Misérables says “This only goes to show what little people can do!” 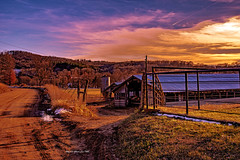 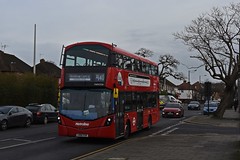 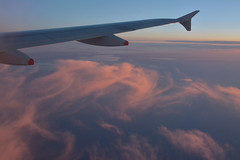 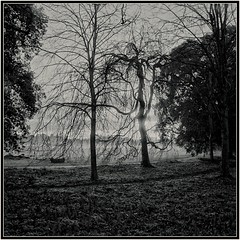 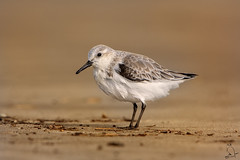 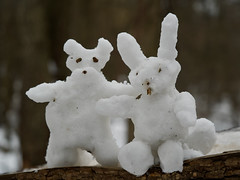