During the last fifteen years I have spent close to the equivalent of three years living, working, traveling in post-war Bosnia and Herzegovina and East Africa.  During that time I have, on many occasions, had to rely on local friends and coworkers and strangers for my safety and security.  It so happens that several of those folks are Muslim.

At the time that seemed irrelevant to me.  Their spiritual affiliation had no bearing on our friendship or interaction or my willingness to trust them with my safety. But now it does matter.

When I hear the broad anti-Muslim slurs and fears coming from so many directions it troubles me and insults me and my Muslim associates. I must stand up for them and decry this vitriolic stance.  I am happy to report that my inner circle of friends, even my wider circle of Facebook friends, seem to share my opinion about the narrow-minded purveyors of anti-Muslim rhetoric.

There are good people and people whose actions can be classified as evil.  This has nothing to do with where they come from or what god they pray to, if any.

I condemn and am repulsed by the despicable actions of terrorists of any “religious” or political stripe who are increasingly able to sit back  and smile at how their actions have done exactly what they had hoped – turned many people into a scared, paranoid, suspicious bunch of revenge-seeking bigots.  Wow, that was a loaded sentence.  I shocked myself when I wrote it.

It is almost umbelievable that several Republican U.S. states will attempt to refuse Syrian refugees. Republicans with presidential aspirations, including Jeb Bush and Ben Carson are saying that only “Christian” refugees should be accepted. Saskatchewan’s premier has not gone that far but wants the proposed Canadian plans for early settling of 25,000 Syrian refugees suspended.  And then there is Donald Trump.  It must be very embarrassing for some to be American these days.

Recently I have seen many calls for prayer.  I don’t pray. The closest thing to prayer for me is my  inner hope that I am never, ever, tainted with the prejudice that is becoming pervasive in so many societies and that others will join me in rejecting  this kind of bias. We are not just Bosniak or Serb,  Christian or Muslim or Athiest,  Luo or Kikuyu, gay or straight, Asian or Caucasian, Liberal or Conservative.  We are human and as such we share all of those labels. 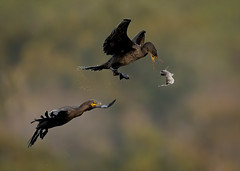 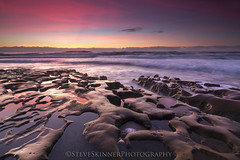