We took the scenic route from Mostar in the Herzegovina part of Bosnia  to Kotor, Montenegro over very winding roads, up and down. Over (and in some cases, though) mountains and into valleys, eventually ending up at sea level.

Sometimes we were in sunshine, other times pouring rain or more accurately in the middle if a rain cloud, high in the mountains.  We passed through the spectacular Piva canyon and over a series of narrow hairpin curves on the mountain above Kotor.  I took advantage of any moment of clarity or light to get some photos, which were probably made even moodier by the unpredictable visibility.

A beautiful day’s drive that ended us in the old town of Kotor, snuggled into a fiord that fingers in from the Adriatic. 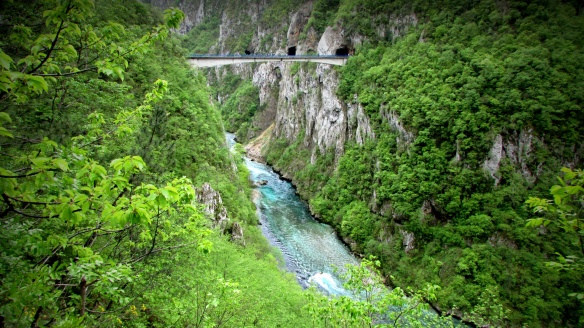 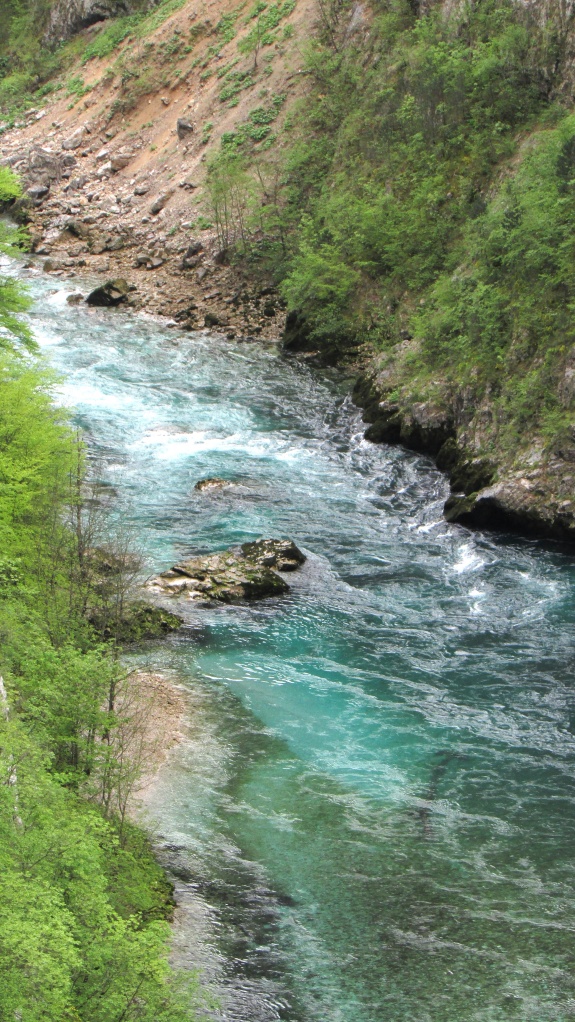 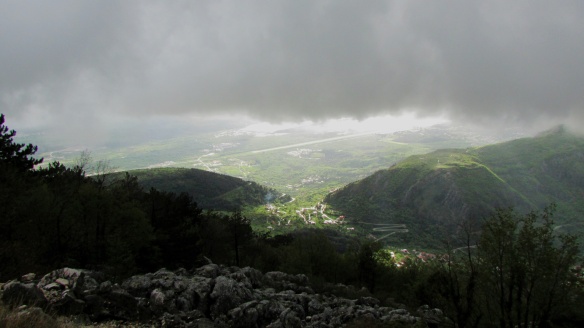 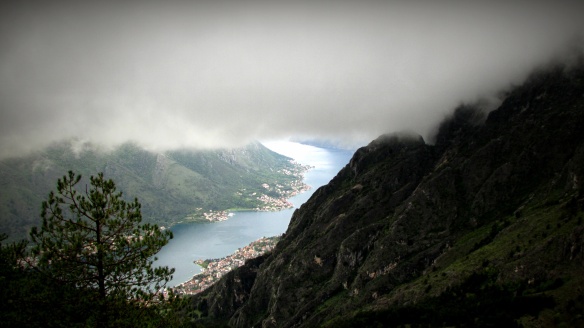 We emerged momentarily from a cloud and pouring rain to catch a glimpse of sunlight reflecting from water in the fiord below us like a mirror. I thought the prospects of getting any photo were slim but life is full of surprises. This turned out to be one of my favourites of the day.