Recently, on CBC radio, there were two programs that dealt with people living alone. According to last year’s census, 27.6% of households (over 3.5 million of them in Canada) have a single occupant and there are more people living alone than coupled with children.  I suspect that many of you reading this blog are living solo.

Sometimes that is by choice, other times by circumstance, but the reality is that there are more people living on their own than in coupled relationships. So why is it that our society is so couple-oriented? People who live alone are stigmatized as being reclusive or lonely or waiting for that “perfect” relationship to make them whole.

Maybe some are, but I suspect that many, like me, are 100% satisfied to be independent, flexible and downright happy to be living on their own. When I was younger, I would not have imagined this would be how I might be living now, maybe because that was simply not something one aspired to in the 60’s.

My circumstance is a bit different than some. I did follow the conventional formula toward marriage and parenthood but my life changed when my wife died of cancer in her 40’s. I did have the chance to follow the societal (and biological) drives to partner and procreate.  My relationship was a happy one until illness intervened. My kids now have children of their own and I enjoy being a grandfather (and watching my own kids relive some of the parenting moments that are now past for me.)

For the past 19 years, however, I have lived alone but I am seldom lonely.  I do what I want when I want. I wake up and eat and go to bed whenever I feel like it. I spend my evenings doing whatever I feel like doing.  I can pick up and travel at the drop of a hat. I have many interesting and energizing friends of all sorts, male and female, old and young, gay and straight, single and partnered. I am almost giddy thinking how great this is.

Many young adults today seem to be embracing the single life and deferring steady relationships until later than ever…or not at all. Mature adults may find themselves living alone because they have chosen that path or the “right person” has not come along to make a long-term bond. Or they may have tried the marriage thing, only to find it was not as satisfying as Chatelaine magazine made it out to be.

It’s time that our society acknowledges that “living solo” is a perfectly natural choice for many.

Last year, a Facebook friend posted this Rolling Stones YouTube video and commented that for some reason it reminded her of me.  Was it because I am sliver-thin and dance like a Howdy Doody puppet or is it the theme? (Got to get me one of those hats.)

In response to this I  had a friend suggest this one.  It fits perfectly. 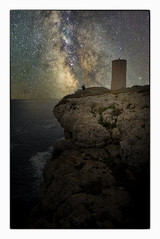 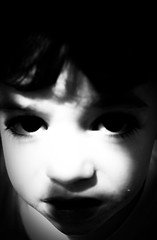