I am back home in Kingston and have picked up where I left off exploring my home town after two weeks tramping around cities in the U.K. and Europe.

If you didn’t see what my mission is in the next few months you can find more about it here. My plan is to get some exercise while the weather is good and at the same time take more notice of what is surrounding me. And share photos each week of discoveries I have made on my walks.

This old building was one of the first breweries in the core of old Kingston. It was built by James Robbins in 1793. It underwent name changes from Robbins Brewery to Kingston Brewery to Bajus Brewery and was operated by the Bajus family until the 1920s. The brewing industry was an important part of this district and what is now Rideau Street was called Brewery Street.

Across the street is s dry dock that was opened by Sir John A MacDonald and has been operational since the 1870’s. This week they are preparing it to bring in a houseboat for renovations.

This property has also been the site of boat building since 1676. Metalcraft Marine has used the property since the 1980’s to build Fire/Rescue/Patrol boats that are sent all over North America (like this one that is soon headed to Miami, Florida.)

Lots of flowering trees this week, including these two beauties in front of a house on King Street that was built in 1841. At that time the farm lot across the street (now City Park) was being considered as a site for the Canadian Parliament Buildings.

And, high water levels in Lake Ontario caused a bit of flooding, including the Parking Lot and entry to the Kingston Yacht Club. This mother duck took advantage of the puddle to teach her ducklings to swim.

My friend, Sue, gave me the guided tour around the Rideau Street neighbourhood she lived in as a child. She pointed out the church where her brother used to go to sales to buy Christmas gifts more than 50 years ago and as we approached the church…they had a rummage sale on. Some things just don’t change. 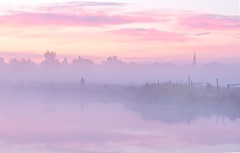 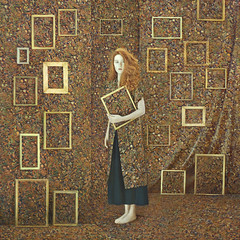