Last spring I earned $141 as a background performer in a movie being shot in Kingston. This weekend I recycled those earnings back into the movie industry with tickets to a few shows at the Toronto International Film Festival. (TIFF)

There are over 370 movies from 72 countries that are screened during the two weeks of TIFF and it has earned a reputation as one of the premier film festivals in the world.

For the past five years I have attended TIFF, usually spending three or four days lining up and watching movies. This year my time was limited to two days because of other commitments. While I am on the train on the way ho

me to Kingston I will briefly comment on the six movies I saw this year. Remember that it is only six of 370, my selection restricted by showing times and availability. There were many more I would like to have seen if I had another couple of days.

The Judge. Starring Robert Downey Jr and Robert Duvall. I will preface this by saying that one of the reasons I am heading home today is to rehearse a Kings Town Players production of August:Osage County. In many ways The Judge paralleled “August” exposing complicated family conflicts but this time between three sons and their father (as opposed to the mother and three daughters of “August”) after the death of the mother.

The performances were strong and will likely get an Oscar nomination nod for Duvall, maybe even Downey. The show was a bit long and the courtroom melodrama a bit  formulaic. There was enough humour interjected to keep the intensity tolerable. I was pleasantly surprised by this movie and recommend it. Entertaining and nicely constructed.

Boychoir. With Dustin Hoffman, Kathy Bates and a collection of boy sopranos.

This movie is basically summed up in the title. The story is of a young orphaned boy with talent gets a chance to train as a boy soprano at an elite music school and yes, ends up being the main soloist for the choir, overcoming all adversity and the attempts of the another jealous peer who tries go derail him. Have I said enough? A good family movie. No F-bombs.  Happy ending. The story was predictable and coincidences quite unbelievable. The choral music provided by the American Boychoir throughout the movie was quite delightful. I would have been satisfied with a half hour concert, however, skipping the story. The ladies sitting beside me had kleenexes out and loved the movie. I was rolling my eyes.

Stories of our Lives. This was a Kenyan-made film, a collection of five black and white vignettes that chronicled stories collected from LGBT people in Kenya. The pre-festival notices gave no credits, in fact listing them as “Anonymous” because of the fear of some sort of reprisals or discrimination of the filmmakers at home. Three of the people involved attended an emotional question and answer period after the showing. The film itself was very amateur in its production, dialogue and acting. But this was more of a cultural experience than just a film showing. It was appropriate to show this at the festival. It represented the power of movies as a platform for cultural and political commentary and, who knows, maybe even enlightenment. The content was comparable to what we might have seen 50 years ago in North America regarding sexual diversity. The film makers were taking big personal risks at home to produce this and the TIFF showing before an empathetic audience was cathartic and emotional for them. I had not planned to go to this film but squeezed it in at the end of my day, my familiarity with Kenya having alerted me to the showing. I am glad I went, not for the movie itself, but for the event.

Ruth and Alex. Starring Diane Keaton and Morgan Freeman. This is a lightweight comedy about an older couple in New York who are looking to sell their condo where they have lived for forty years and buy another. It had the ring of a Cary Grant movie from the forties. A lot of fluff, some interesting supporting characters and a happy ending. There are a couple of filler sub plots involving a suspected terrorist on a bridge and a sick pet dog that spends most of the movie at the vet, but, to the sighs and “aw’s” of many in the audience, recovers. The young couple who play Ruth and Alex in the flashbacks do an excellent job of chanelling the voice and physical mannerisms of Keaton and Freeman. No thinking required while seeing this movie. (A very pleasant, relaxed Morgan Freemen attended the Q&A after the screening and this was worth the price of admission. Too bad but he will not likely be at your local theatre.)

Black and White. With Kevin Costner, Octavia Spencer. As I stood in line to see this Kevin Costner film it was a bit like admitting that I was going to a Celine Dion concert. Costner has had his day but I have not seen anything by him that has impressed me for a long time. I thoughts the story might be interesting and Octavia Spencer was a draw for me. It turned out to be a good pick.

The movie is about grandparents, one black and one white, who become involved in a custody battle for their granddaughter after tragic deaths leave them the only responsible relatives left. This leads to some commentary, not particularly deep but there, about race and social status in America. I was pleasantly surprised to find that I was engrossed in the characters within five minutes. The opening scenes are quite touching. The audience obviously responded to much if this film, laughing, weeping, applauding after one monologue and even gasping in a couple of spots. Performances by Costner and Spencer were solid and the little girl who played Elouise, the granddaughter, was wonderful. Like The Judge, the movie was maybe 10 minutes too long and the last portion was focused on a courtroom. I did come away from this movie having no hesitation in recommending it.

The Riot Club. I knew little about this film before I saw it. Like the others, it was premiering at TIFF so no audience has seen it before and no reviews are available. It did have some pre-festival hype and I chose it as something different. And it was. The movie is basically a disgusting exposé of a young group of rich boys, Oxford University students, who, because of their privileged upbringing, feel there are no limits that they have to satisfying their unfettered appetites for debauchery. Get the picture? There were three young girls sitting beside me who were all giggly about seeing the young British heartthrob boys who starred in the film and who were introduced on the stage prior go the showing. Their awestruck giddiness turned to dismay as the film unfolded and these cute boys became thoroughly despicable. As time progressed I almost felt like I had been a victim of assault in some way, having to watch this depravity. There was no justice and the movie ended with no consequences to the boys for their unruly and disgusting behavior. A disturbing couple of hours. But then, I guess that is a credit to the film maker to draw this kind if response.

Which would I recommend? Surprisingly to me, Black and White tops this short list followed by The Judge. Wait for Ruth and Alex go be shown on the Saturday Night Movie or Netflix. Find the soundtrack for BoyChoir or buy it for your kids and avoid the Riot Club unless you are feeling like you are feeling a masochistic. 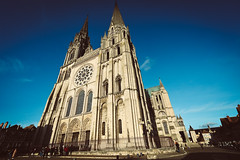 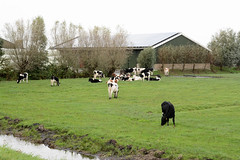 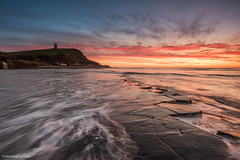 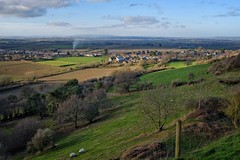 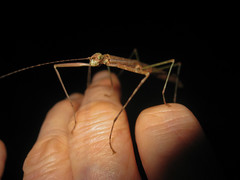