The COVID-19 numbers out there can be scary.  We have cocooned ourselves for the past several days and the stats are still going up.  Most of us have nothing much else on our minds but anxiety about where this is headed, particularly when we look at the devastation that has happened in Italy, Spain and New York City.   We wonder “Is Ontario next?”

Today the Ontario government released projection figures that are both disturbing and motivating.  We know how this virus tracks from how it has exploded in other parts of the world.  With those models as a predictor, Ontario, without any restrictive measures in place, would have anticipated 300,000 cases and 6000 deaths by the end of April.   If we follow the current recommendations to limit physical contact and stay at home most of the time, however, that number can be reduced to 80,000 cases and 1600 deaths by April 30.  Still an incredible burden but it means we will effect a significant reduction of over 4400 deaths in Ontario this month alone if we just stay the course.  If we restrict further (and further restrictions may ensue) that number could be reduced even more.

It may be frustrating to see that we are trying to stay in and stay apart and the number of cases and deaths in Canada keep going up.  But that was anticipated. For a while we were slow to get testing results so the statistics lagged by a few days.  We also had the influx of travellers returning to Canada and some bringing their virus with them.  Some of those didn’t self isolate as diligently as requested. Although they thought they were not infected or had minimal symptoms, they could have spread the virus to others. There is also a 7-14 day incubation period before the symptoms become evident and some people have minimal symptoms of infection. This means that people who were exposed two weeks ago might just now be showing symptoms and becoming ill enough to test. And others are simply unaware that they are infectious.

Don’t get too frustrated by the current increasing numbers.  From the charts of the various possible trajectories, it is evident that our current social isolation is actually working to reduce the otherwise catastrophic infection and death rate that would have happened if left unabated.

Another graph that was released today was also encouraging. (see below) It shows the possible numbers (in red) if no measures were in place and the anticipated numbers if we are compliant with the current stay at home  and physical distancing recommendations (in blue)   The two dotted lines represent the Ontario capacity for ICU management in the province both in place prior to the pandemic starting (the lower line) and now planned (the upper line).  We are fortunate that we have had time to anticipate this imminent glut of infection cases and our hospitals are putting additional capacity in place.  If we follow the blue curve we will be able to sneak under the expansion capacity line.  That is good news.

Our COVID-19-associated death rate per million in Canada right now stands at 5 per million population as compared to 21 per million for the USA and 243 per million for Italy.  Remember that deaths occur later in the process so they will continue to rise for the next while. As long as we can stay under that dotted line and have adequate access to ICU beds, we will be better able to manage the seriously ill and more lives will be saved.  Many of the deaths in countries with very high rates were partly as a result of ICU capacity being suddenly overwhelmed and medical management simply not being available.

So, the message is that the potential for seriously devastating numbers is there but we are already going to have some effect on the curve with what we are doing now. With more dedication to these restrictions we can do even better over the next month. This will be a marathon, not a 100 metre dash.  Take some big breaths.  Settle in to our new temporary reality and know that it is making a difference, saving lives, and in the long run things will get better.

Through various medical connections and meetings, I have been impressed that our Public Health officers, Ministry of Health and local and provincial physician groups and clinics have been very actively anticipating and planning for the surge that we anticipate that we will experience in the next couple of weeks. I feel confident that in Kingston, Ontario, and across Canada, we will receive excellent care and support during this unprecedented challenging time.

For my neighbours in Kingston, as of this morning we have 48 confirmed cases and no COVID deaths in the KLF&A district with likely many more out there who are not ill enough to have been tested. General testing has been a bit restricted initially because of the need to ration available tests but this will likely loosen up a bit soon so more cases might be confirmed. This increased testing may lead to more confirmed cases being reported. 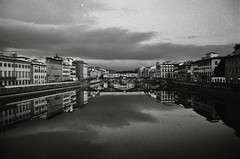