We are all traumatized by the incredible changes in our lives that have happened in the past couple of weeks. We also worry about what is to come. Canada could be swamped in the next few weeks with cases of COVID-19.  Just how swamped will depend on how much we pay attention to the physical distance warnings we have been receiving from all directions.

We are being deluged by the worst case scenarios that are being presented to us in order to make us sit up and take notice and do something now to try to reduce the inevitable increase in numbers of sick people and the extraordinary strain on our Health Care System and other resources in general.  We know, from our experience in the past couple of weeks, that it is impossible to predict how this will have unfolded a month from now.

Rather than dwell on only an apocalyptic view of the future, I think we need to be aware that there are glimmers of hope out there.  What I will present here is entirely my own opinion but it is these thoughts that give me some hope that we can eventually get past this challenge.

At the moment, the number of cases in Canada is rising.  This is certainly discouraging but is entirely expected.  They will continue to rise in the next couple of weeks as people who have been infected prior to our physical distancing efforts, people returning from international destinations and cases that have not been counted yet rise.  We can not expect this curve to flatten until we get over this initial phase.  I continue to watch the cases per million number on the Worldometer site and Canada is sneaking up but not near with the slope that we see in the USA for example.   I am hoping that this slope will flatten after a couple of weeks to keep our total number of cases per million at a manageable number.

How “flat” we can make that curve is yet to be seen.  At the moment, we are buying time to make the current escalating situation more manageable and until some more definitive management can be in place. It may not be working quickly or as much as we would like but we are having some influence by our combined efforts to reduce spread. Keep working on this, Canada.

We are still not able to determine with certainty just how many cases are really out there in the community because testing has been limited and mainly used to test those who are either at significant risk or seriously ill.  If this virus infects some people who develop few symptoms or even with symptoms that have been diagnosed as “flu”, there may be a cohort out there who have already had it or even have it now.  This is both encouraging and discouraging because it would mean that there are folks who have some immunity in the community, lowering the number of people at risk, but it also means that there are people who have been spreading this virus unknowingly.

Availability of testing has been limited although we are doing better than many countries at testing high risk people. Testing resources are becoming more available and will ramp up in the next while. There will be a lot of folks who may have, or have had, this virus who are under the radar in terms of confirmation.  We don’t know how many who have had an Acute Respiratory Illness and have been told to isolate themselves and treat it symptomatically might have had COVID-19. But that, in some creepy way, is good news in that they are recovering without needing special medical care and they will be developing, we hope, antibodies to this virus.  The more people who have antibodies, the fewer in the population who can be infected or spread it.  Herd immunity is something that will help down the road. But it may be a while before that herd is big enough to affect the numbers.

Current tests for COVID-10 consist of a swab from the back of your nasopharynx that identifies specific COVID-19 RNA. It takes time to process and is not comfortable to obtain. Researchers have developed a rapid blood test that will show whether someone is infected or even has immunity from prior infection.  It is done with a finger prick of blood and results are available in 15 minutes.  The results would read as negative (not infected and not immune), having IgM antibodies (the first antibodies that are produced in response to an infection and suggest active infection) and IgG antibodies (the later immunological response we get when we develop some sort of longer lasting immunity to a particular infection).  Imagine if we could immediately test everyone presenting to a hospital, for example, like this.  It would allow us to isolate those who are infected immediately. We could also know what health care workers, store clerks, and other front line workers were already protected somewhat by their past exposure and antibody titres.  We could identify the silent asymptomatic carriers so they could isolate until they have recovered and not spread the virus to other vulnerable people.  Having this available will make a huge difference to understanding the prevalence of the virus in our communities. It will also help with management and control. It is on the horizon. Not sure when but it is something that provides me some hope. It might be the first significant tool to help manage this pandemic.

I also think that we will likely come up with some sort of antiviral or medical management that can be safe and effective for helping to treat those with severe disease.  I don’t want to sound like “you know who” on this because it is a bit down the road, but I think it will eventually happen.  Medical researchers in the entire world are working ( I was going to say feverishly, but that might be a poor choice of words right now) to find effective medical management.

There will eventually be immunization for this virus.  It may take a year to get it on  the market and we will have to produce millions/billions of doses but, if combined with the antibody test, those who are not yet immune and vulnerable service workers could get the immunization first if supplies are limited. The caution is that, like influenza, this virus might change over time so keeping up with the specific viral mutations could be a challenge.  With any luck, the combination of acquired immunity and immunization will be able to bring some element of control. Widespread immunization is still months away but it will happen.

Don’t take from this that I am underestimating the serious consequences that we might face soon as a result of the impending viral surge. However, in addition to heeding the warnings and scary projections, we should keep in mind that there will be advances that help us to get out from under this oppressive threat to our community health and our economy.

Prime Minister Trudeau, this morning, put it this way. “The best way we can work together is by staying apart.”

Stay the course, Canada. We can do this. 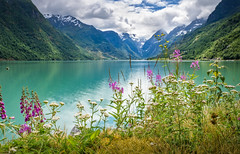 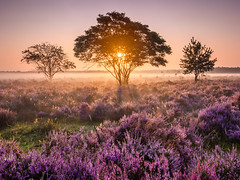 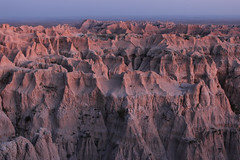